There’s a reason why millions of tourists flock to Mexico every year. Whether it’s your first time visiting the magical country, or whether you’re a seasoned veteran, it’s crucial that you avoid making these mistakes.

A lot of people associate Mexico with drinking and alcohol. While it’s true that it’s a great place to kick back and have a few drinks on the beach, there’s a difference between having fun and making yourself vulnerable to getting hurt.

It’s not uncommon for tourists to overdo the alcohol in Mexico. All it takes is a few drinks to result in a head-on collision or drown in a body of water.

By pacing your alcohol intake and being careful about who you’re drinking with, you can avoid alcohol-related injuries and tragedies.

Whenever you’re traveling to a different country, you should never carry your passport around with you. Carrying it with you could result in it getting stolen or lost. Losing your passport outside of your native country can throw your entire trip for a loop.

Not only do you risk missing your flights home, but you’ll have to make a costly trip to the nearest embassy for an emergency passport. The last thing you want is to spend a day of your trip waiting around in lines a government office.

While it’s not a good idea to flaunt your money around anywhere in the world, it’s especially important to avoid doing so in Mexico. You risk getting robbed or losing your money.

You’re better off using credit cards which can easily be replaced if lost or stolen. A bit of cash is ok; however, more than a few hundred is probably asking for trouble.

Mexico doesn’t have the same water filtering system as other first world countries. In Mexico, you shouldn’t drink water that doesn’t come out of a bottle. This includes ice cubes.

Always make sure that you see the waiter pour the water from the bottle directly into the glass. Taking chances could result in vomiting and diarrhea for a good portion of your trip.

It’s never a good idea to get into an argument with locals or insult their culture. There’s no telling what kind of trouble you could get into if you fall into the wrong crowd.

Although Mexico is considered relatively safe in most places, it can still be full of dangers. It’s vital that you keep your wits about you and avoid doing things that could get you into trouble. By following these tips, you should increase your chances of having a fantastic trip. 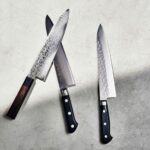 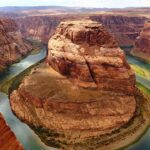 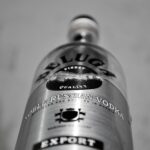